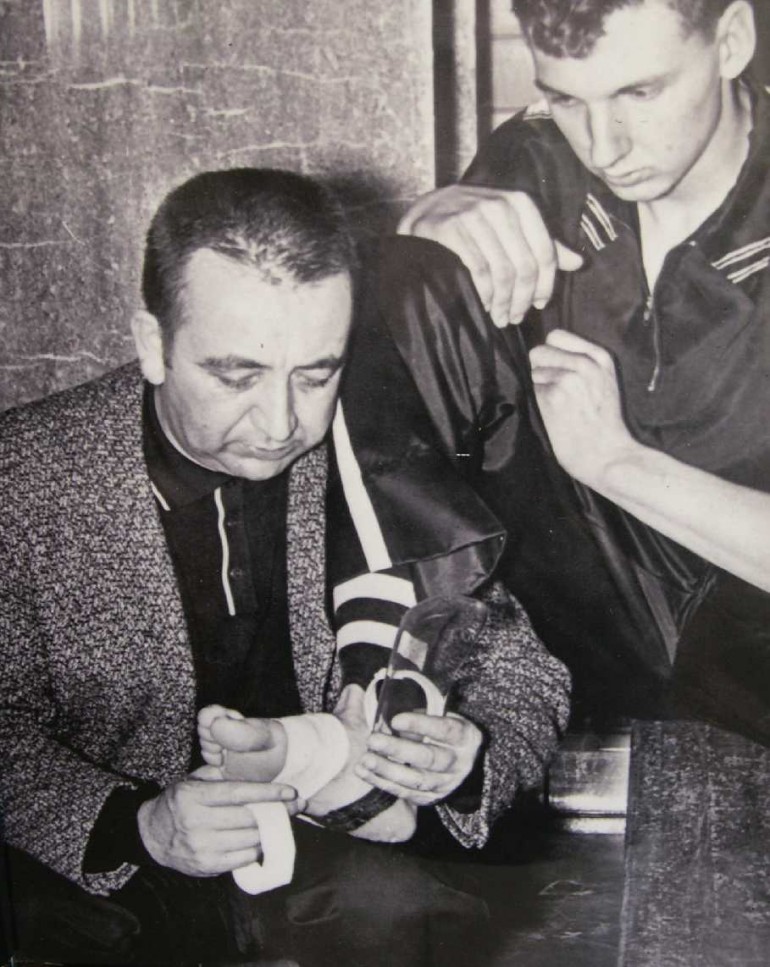 Free Soil was a small community, but the success of its basketball program under the tutelage of Max Carey was large. In Carey's 26 years as their coach, the Pirates won or shared 15 Western Michigan D League championships, 11 Class D district titles and five regional championships. His record in the state quarterfinals was 3-1 and his overall record was 476-177. His 1961 and 1971 Free Soil teams were Class D state runners-up. He also coached the Pirates to 275 baseball victories against 60 losses and posted a state runnerup finish in 1974. His baseball teams once won 53 games in a row. "Dad's coaching philosophy was: Keep it simple and just perfect it," said his son Jim, who, along with brothers Mel and Max, Jr. played for their father. A member of the Michigan High School Athletic Association's Representative Council from 1965 to 1976, Carey served during a period of change and controversy. The biggest accomplishments during his stint on the council were the addition of girls athletics to the MHSAA's stable of responsibilities and the adapting of the high school football playoffs. "Those were interesting times," said his long-time friend Vern Norris, the retired executive director of the MHSAA. "There was a lot of pressure on administrators because some people felt that the girls of our schools weren't getting their fair share. Max's attitude was superb; he understood the problems." Born in Ada, Ohio, Max Carey attended Adrian College. He taught and coached at Hersey and Luther before moving to Free Soil in 1948. He received the MHSAA's Charles Forsyth Award in 1980 for "excellence throughout the interscholastic community." He was also selected to the Michigan High School Coaches Hall of Fame and the Adrian College Sports Hall of Fame.