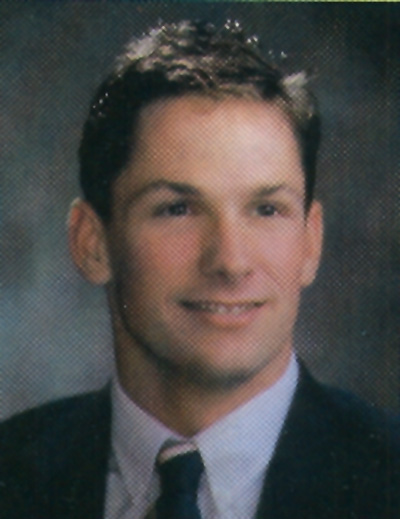 Jay Hansen was one of the most prolific swimmers to come through Ludington High School. Hansen, a 1988 graduate, won 11 individual Coastal Conference titles and set five league records while an Oriole. He set five school records and still owns four of them and he won three individual state championships and set one state record. He was at his best in the 100-yard butterfly, even recording the 34th fastest time in the entire country for high schoolers in his senior year and was a part of two of the fastest times for the year in the 400-yard relay races. He went on to a four-year career at Western Kentucky after bypassing three Big Ten schools and placed in the Hilltoppers' conference his sophomore, junior and senior years. He swims several open water events, including posting a 48th place finish in a 2.1-mile swim from Alcatraz to the main land in San Francisco in 1998.