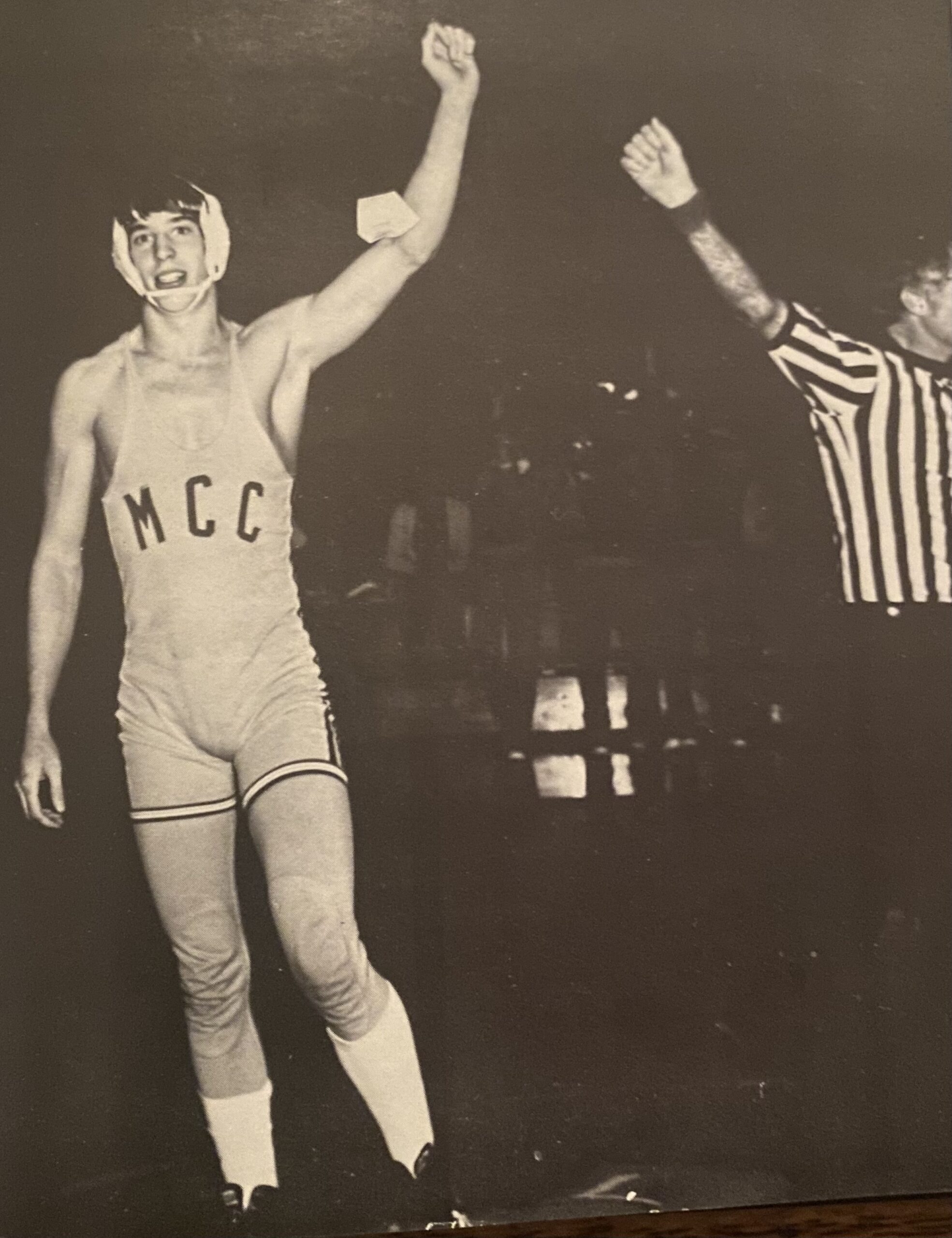 Bob Cameron, of Scottville, graduated in 1979 from Mason County Central. His senior year he was undefeated at 167 pounds and went on to claim the state championship in wrestling as he assisted his team in claiming the state runner-up title that year. Cameron went to Western Michigan University intending to wrestle, but WMU dropped their wrestling program. Bob also participated in track and cross country in high school, earning three varsity letters in each. He ran a 4:30 mile his senior year. Cameron was also a standout fast pitch softball player after high school. He played on an ASA Class B State Championship team in 1988 and in the National Tournament in Las Cruses, New Mexico that same year. He also was a member of an ASA Class A State Championship team and played in Nationals in Sacremento, California. Cameron also played on two ISC State Championship teams and in the World Tourney in Victoria, British Columbia and in Sioux City, Iowa. These honors occurred while playing for Schoenherr Investments or Floracraft, both high caliber teams from Mason County. Later, Cameron played with Kelder Poured Walls and that team won the NAFA National Championship in Mankato, Minnestoa and Cameron was selected as an All-American.