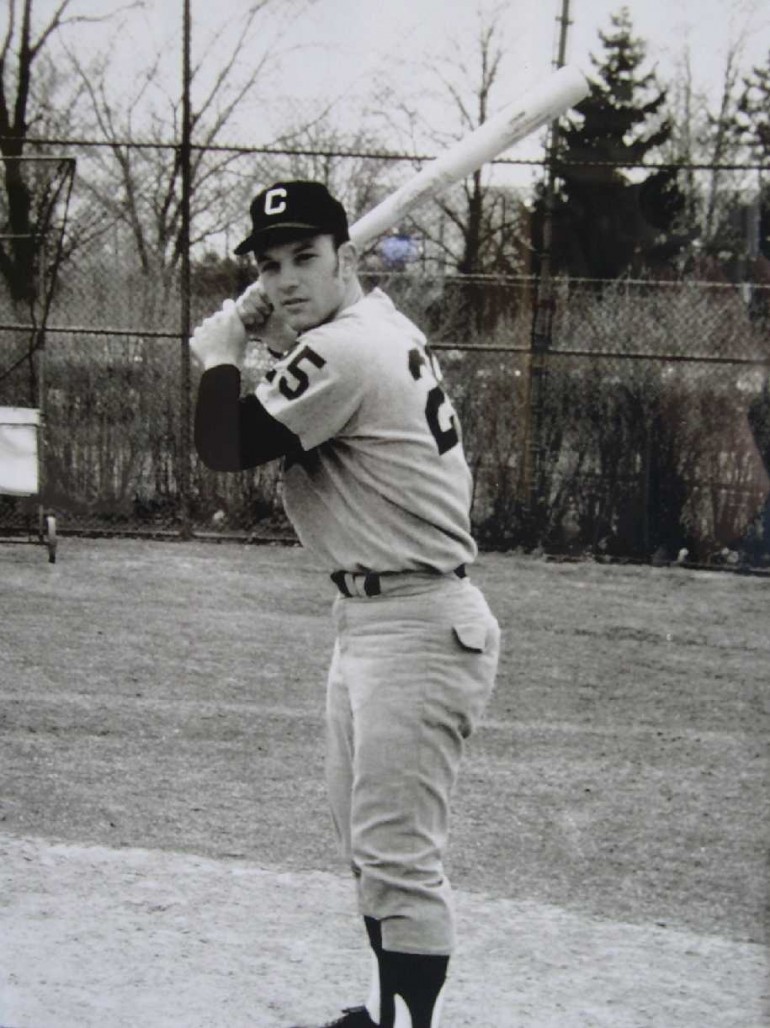 The oldest of three baseball-playing brothers from Free Soil who competed for Central Michigan University, Steve Papes earned All-America honors in 1970, when he was the most valuable player and captain on a 36-4 Chippewa squad. "A great deal of the success we had this season was due to Steve's leadership on and off the field," said his coach, Waldo Sauter. Papes set CMU single-season records for total bases (98), slugging percentage (.721), triples (8) and extra base hits (25). A three-year varsity starter, he graduated with career records in batting average (.351), home runs (13), triples (10), extra-base hits (44), total bases (212) and runs scored (86). He played left field and first base. He had professional tryouts with the Cleveland Indians, the Kansas City Royals and the Pittsburgh Pirates. As a high school athlete, Papes was a three-sport standout. In track and field, he twice won Class D state championships in the pole vault, leading Free Soil to back-to-back regional championships and eighth- and fourth-place state finishes, respectively, in 1965 and 1966. In basketball, Papes earned four letters and helped the Pirates win three district titles and a regional championship in 1966, when Free Soil was 22-2 before falling to Covert in the Class D state semifinals. In baseball, Papes played second or third base in junior high. In high school, he pitched and caught. Papes was a junior when Free Soil embarked on its 53-game winning streak that spanned a period of over six years. He also played Adult Sunday League baseball for Free Soil's independent team while in high school. Papes also played two years of City League and United Baseball League baseball in Muskegon and Grand Rapids after graduating from Central Michigan University. Additionally, he made a name for himself as an outstanding fast-pitch softball player in the Mason County area. He taught and coached at Hart and Newaygo high schools for 32 years, winning seven league and two district titles in baseball.