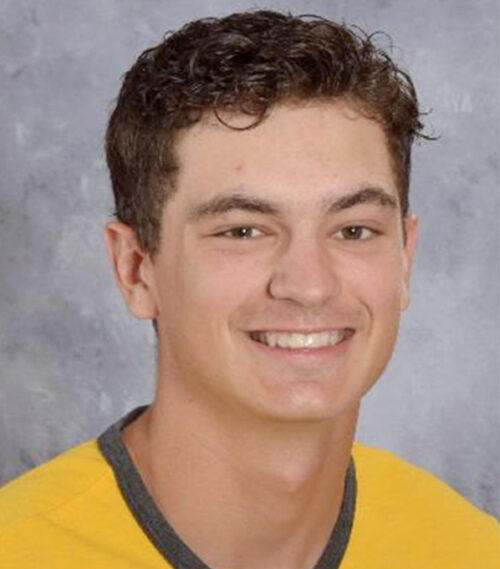 Nathan Lange earned nine varsity letters in his high school career: four in baseball, three in tennis, and two in basketball. He reached the MHSAA tennis state semifinals twice in doubles, and earned all-state honorable mention honors. In his senior year, in No. 1 doubles, he was named first-team all-state. He was also All-Coastal Conference second team his junior year and All-Coastal Conference first team his senior year. Lange played basketball on two state tournament teams. He was on the 2017 MHSAA Class B state runner-up team, and he started on the 2019 MHSAA Division 2 state semifinalist team. He earned second team All-Lakes 8 in basketball in his senior year. He was a second-team All-Lakes 8 selection his freshman year, and he was a first-team All-Lakes 8 selection his sophomore, junior and senior years. He was also the co-captain for two seasons. He played travel baseball with the West Michigan Riptide and was a member of the Manistee Saints. Lange was an Alpha Graduate with a 4.196 grade point average and a member of the National Honor Society. He earned the Steve Killips Memorial Scholarship, the U.S. Marine Corps Distinguished Athlete Award, and was a nominee for the Rich Tompkins Michigan High School Coaches Association Multi-Sport Athlete Award. Lange planned to attend Goshen College on an athletic scholarship, and play baseball.