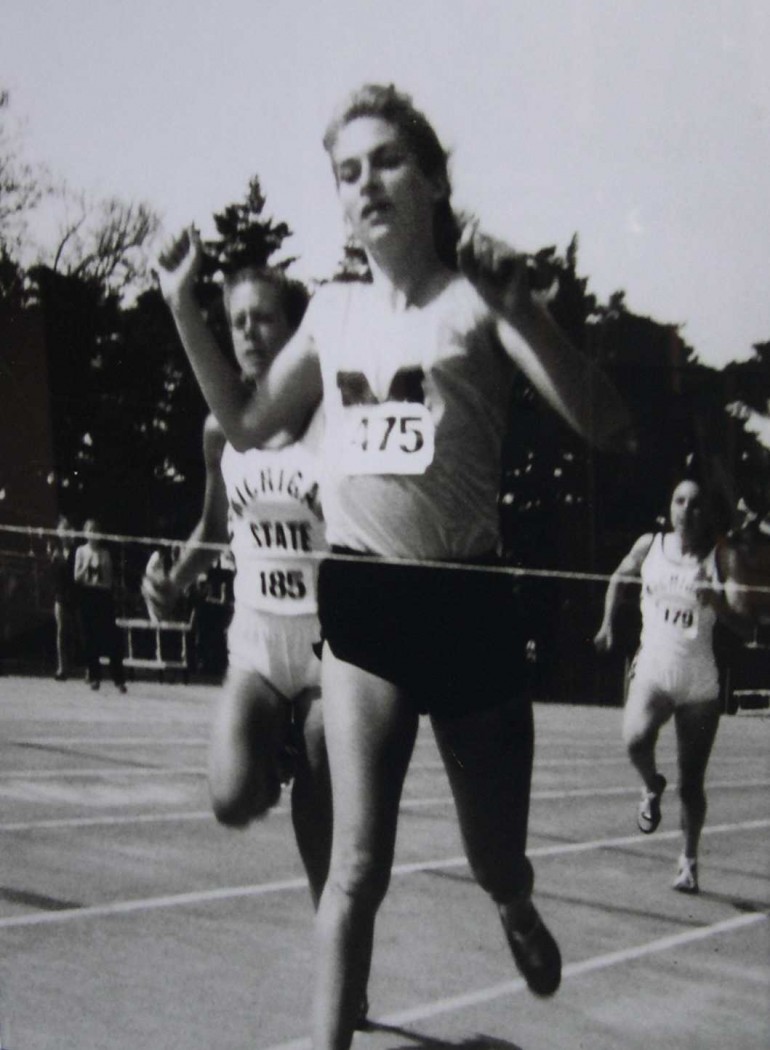 On an unseasonably cold day in the spring of 1979, Mason County Central girls track and field coach Gerry Genter thought it would speed things along if the two-mile races for boys and girls were combined in their dual meet with North Muskegon. "Their (athletic director) came up to me and we were talking about doubling up because it was so cold. He said he didn't really want to do that because it would embarrass the girls," said Genter, who sauntered over to Melanie Weaver, his crack miler and two-miler, and repeated what the AD had proposed. "She lapped every one of their runners except for one boy and he actually walked off the track before she could lap him," said Genter. Later that season, she won Class C state titles in the mile (5 minutes, 1 second) and two-mile (10:52.2). Both times remained state records until Michigan went metric and switched to divisions. After the season, Weaver competed in the (Detroit) Free Press Classic, a sanctioned meet for elite high school performers, where she bettered an all-class field in the two-mile with a time of 10:39.1. When she graduated from Mason County Central, she held school records in the 880-yard run, the mile and two-mile. Weaver went on to become a pioneer performer in track and field and cross country at the University of Michigan, where she earned All-American honors. In 1979, Weaver went to Michigan on a tuition scholarship. She later held an athletic scholarship raised by her coach, Kenneth 'Red' Simmons, who started Michigan's women's track program in 1977. As a junior, Weaver won the Big Ten title, winning the 10,000-meter run in 35:14.21 seconds. She also finished second on three other occasions and never finished lower than fifth in her college distance runs. She was an Assocation of Intercollegiate Athletics for Women (AIAW) All-American in the indoor two-mile in 1982. In her senior year of track at Michigan in 1983, she earned All-American status in the 10,000 meters when she finished third nationally. She was a 1984 Olympic trials qualifier in the marathon. In November 1984, she was named one of 50 finalists in the Wheaties 'Search for Champions' contest. She became the first University of Michigan woman to be granted an NCAA scholarship for graduate work. She was also the recipient of the Big 10 Medal of Honor for Excellence in Athletics and Academics and the Gerald R. Ford Award winner in 1993 for outstanding achievement in sports and contributions to society. Now Melanie Barnett, she is the Executive Director of Executive Education in the Stephen M. Ross School of Business at the University of Michigan.