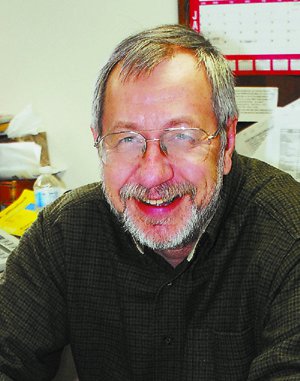 Lloyd Wallace had a lifetime's work as the sports editor for the Ludington Daily News, retiring in 2011 after a remarkable 41-year career. He was instrumental in the Associated Press giving equal coverage to girls athletics through it's polls and all-state teams and won a litany of writing awards in his career, including being named top sports columnist by the AP in the paper's division a record five times. Away from the office, Wallace continued his love of sports and served on the Lakestride Half-Marathon board of directors. He was on the first board of directors on the Muskegon Area Sports Hall of Fame. He is also the co-founder of the Mason County's Sports Hall of Fame and served on its board of directors for 12 years. He umpired fast-pitch softball for 27 years and was the area's Umpire in Chief for the Michigan Amateur Softball Association for many years.