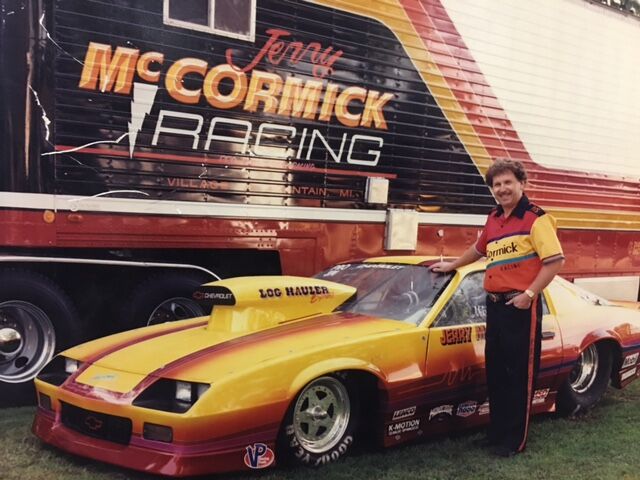 Jerry McCormick's athletic career zoomed to life following his graduation from Mason County Eastern in 1964. McCormick was a three-sport athlete for the Cardinals in track, baseball and basketball. He lettered in each of the sports, and at one point, McCormick owned the 100-meter dash record. He also was named honorable mention all-state in boys basketball twice. His exploits earned him the Mason County Eastern Athletic Award. Right out of high school, McCormick was asked to be a member of the legendary fastpitch softball Urka 8s team as its shortstop. He was a member of the 1965 Class B state championship team and the 1967 Class B district championship team. As a member of that club, he also faced Eddie Feigner of the famed "King and His Court," lacing a double. McCormick went on to play for the 1974 Walt's Lunch MCSA Division A championship team as well as with Evans and Harrell (Sunoco), the Custer VFW and Fountain Merchants. His impact was noticed by the Mason County Softball Hall of Fame and he was inducted in 1990. McCormick stopped playing in the late 1980s, but he became a sponsor himself with McCormick Sawmill. His speed and grace in the field and basepaths in softball weren't the only things to keep McCormick occupied in the summer, too. Racing, too, was huge for McCormick. He drag raced for 50 years, racing throughout Michigan and into the Midwest and Canada. He raced professionally in the NHRA's Pro Stock Division for three years, eventually reaching his ultimate goal of going 200 mph in a little more than six seconds in a quarter mile. But like softball, McCormick didn't stay too far away from the track, either. He's been a crew chief and car sponsor, and he's sponsored bowling teams locally.