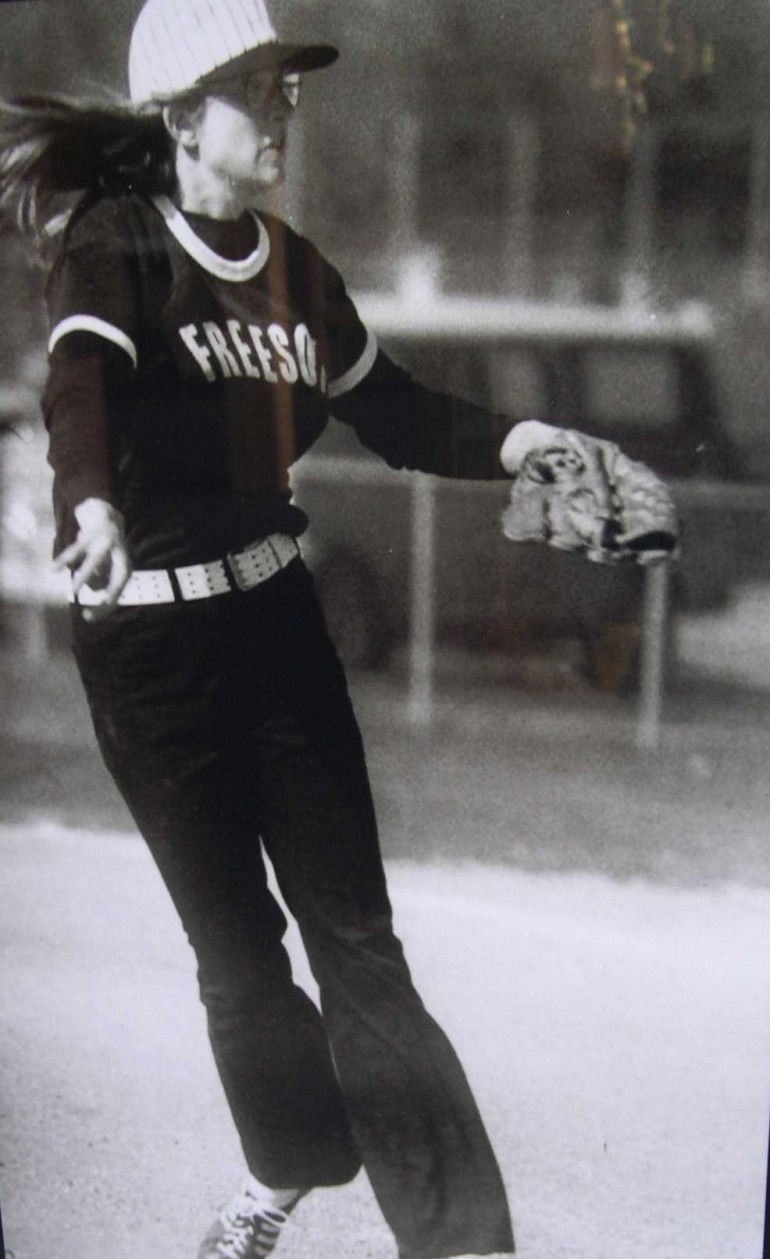 In the early 1970s when girls' athletics in Michigan were just getting their legs, Free Soil's Helen Shereda was off and flying. With her long arms and legs flapping, she flew like a giant, unstoppable bird across the basketball courts and softball diamonds of West Michigan. At 6-foot, 1 1/2 inches and 150 pounds, she was a dominating force on the inside in basketball. But she was also the best ball handler on the floor. In addition, she was a superb shooter, making jump shots right- and left-handed with equal ease. She could control the game from baseline to baseline. "Helen was ahead of her time," said Ken VanSickle, who coached against Shereda at Mason County Eastern. "She was physically so much stronger and she was quite skilled. We tried everything against her, but she was so intimidating. We couldn't stop her." Basketball was not her only game as she was also an outstanding softball player and pitcher. She led her Free Soil Pirate softball team to 35 straight wins, a Class D state runner-up finish in 1975 and to the state semifinals in 1976. Shereda was drafted by the Michigan Travelers to play professional softball. When she graduated from Free Soil High School in 1976, she was the greatest girls scorer ever in Michigan with 1,651 points. She held school scoring and rebounding records for a single game, a single season and career. During her four years, the Pirates posted a record of 60-7. She went on to become an All-American player at Oakland. In her junior and senior seasons, Shereda was among the top scorers and rebounders in the nation. In her senior season, she averaged 23.9 points per game and 15.5 rebounds. She finished her collegiate career with school record totals of 2,338 points and 1,524 rebounds. In 1976 and in 1980, Shereda tried out for the United States Olympic team. In 1980, she was the number-one draft pick (eighth overall) of the New Jersey Gems of the professional Women's Basketball League. "I chose not to play and I still feel good about that decision today," said Shereda. At Oakland University, she also played softball and was a three-time all-conference selection as a first baseman and pitcher. In 1980, Helen was chosen the Great Lakes Intercollegiate Athletic Conference athlete of the year. She is married to Greg Smith and is the mother of three.