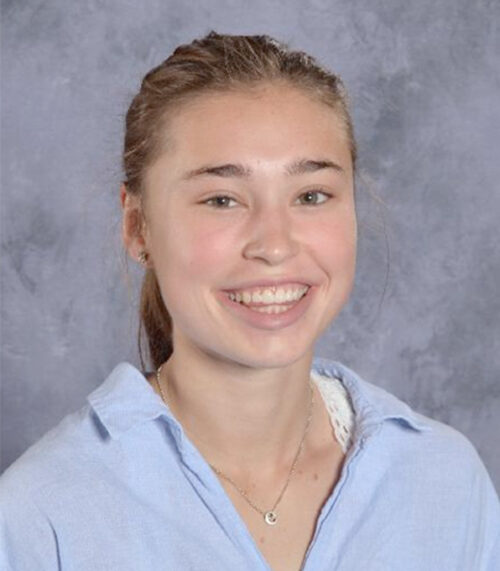 Emma Fountain earned seven varsity letters in her high school career: four in track and field, two in cross country, and one in basketball. She excelled in track and field, where she was the Michigan High School Athletic Association Division 2 state champion in in 2018, and an all-state runner in 2019 in the 400-meter. She was a part of two all-state 3,200-meter relay teams in 2016 and 2017. Fountain set the county record in the 200- and 400-meter dashes and is the school’s record holder in both events. She is also a part of the 3,200-meter relay team. She won regional titles in the 200 and 400 in 2018 and the 400 in 2019 and a member of the regional championship 1,600-meter relay team in 2017. She won Lakes 8 Activities Conference championships in the 100 (twice), 200 (twice), 400 (three times) and was a part of title winning relays in the 1,600 (three times) and 3,200 (three times). Fountain was a captain of the track team all four seasons and earned a 4.105 grade point average, serving also in National Honor Society. She was an Alpha Graduate, named Academic All-State all four years, received the Academic Excellence award, and other local scholarships. She was the sophomore class president. She planned to attend Central Michigan University on an athletic scholarship and run on cross country and track teams.