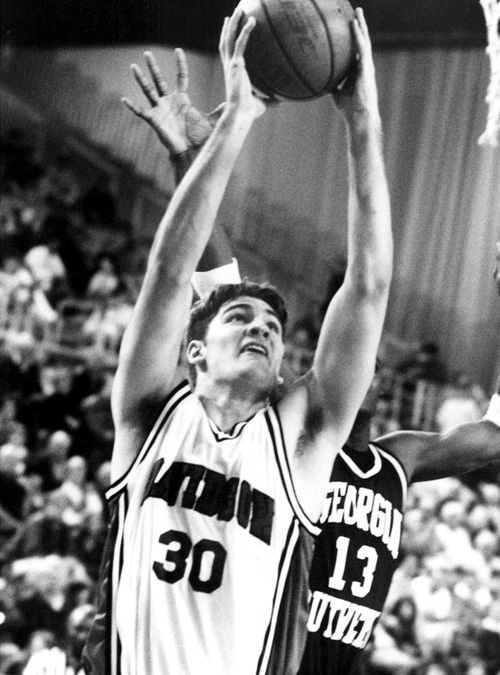 Chadd Holmes is one of only three Ludington High School basketball players to earn first-team all-state honors twice. He did it in 1994 when he averaged 18.9 points a game and again in 1995 when he averaged 22.4 points per game for the 22-4 Orioles. In high school, the 6-foot-9-inch Holmes also started on Ludington's state-ranked soccer teams. After high school, Holmes attended Division 1 Davidson, where he earned four letters in basketball, helping the team reach the NCAA tournament in 1998, as captain in his senior year. He also played and coached professionally in Ireland.