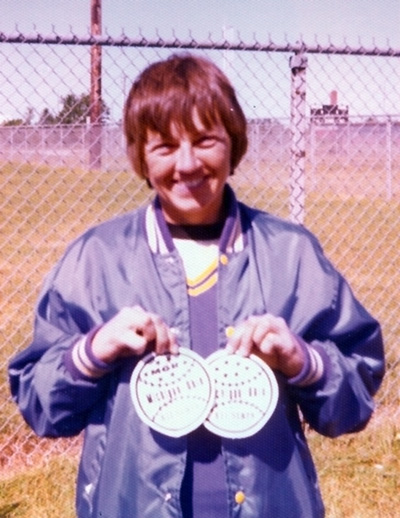 Bonita "Bonnie" Vasicek put the footprints down for girls and women's softball in Mason County starting at the age of nine. Vasicek's 40-year career included playing for Custer High School and attempting to get a contract at 15 with the Grand Rapids Chicks, a semipro team. She won a state title with the 1959 Carr's Rockets, the 1969 Baldwin Merchant Team and the 1971 Baldwin Girls' Team. She also was on the 1970 Baldwin Merchant Team state runner-up squad. She bought the Michigan RoadRunners team and was named as the manager of the year in 1975 in the Michigan-Ohio League. In 1988, she was inducted into the Mason County Softball Hall of Fame.