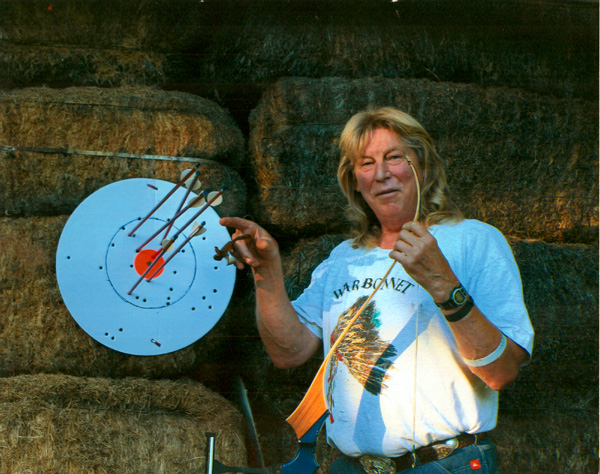 Bob Wolff is a two-time world record holder in archery. Wolff, known as the "The Bow Bender" or the "Bull of the Woods", had one of the greatest years in 1969 in archery, scoring a state title with a record for the highest score and highest margin of victory. He set his two world records at Cobo Hall in Detroit, competing in the sport before the advent of the compound bow. And in that year, through 1979, he won 13 major state archery championships. Wolff was known to be an expert not with just a bow, but also with a rifle and a shotgun. While in basic training at Fort Knox, Ky., he set a range record of 199 out of 200 hits and while trap shooting, he shot 250 straight birds in 1974. His ability was clear as late as 2003, when he was able to break 100 birds in a row trap shooting.