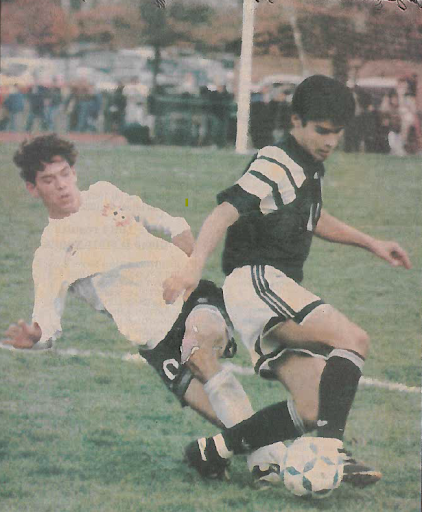 Adam Johnson was a standout soccer player at Ludington High School, playing on a state runner-up team in 1994. He was a first-team All-State selection in both his junior and senior seasons with the Orioles to go with conference, region and area honors. He went on to play at Western Michigan University for the Broncos — the first Mason County soccer player to play at a Division I school. He also played for Thames Valley University in London in 1998 and started on the North London Cup championship team. Johnson played semi-pro soccer with the Grand Rapids Explosion and West Michigan Edge, and competed in the U.S. Open Cup Lamar Hunt Trophy tournament. Johnson was also a three-year letterwinner in basketball.